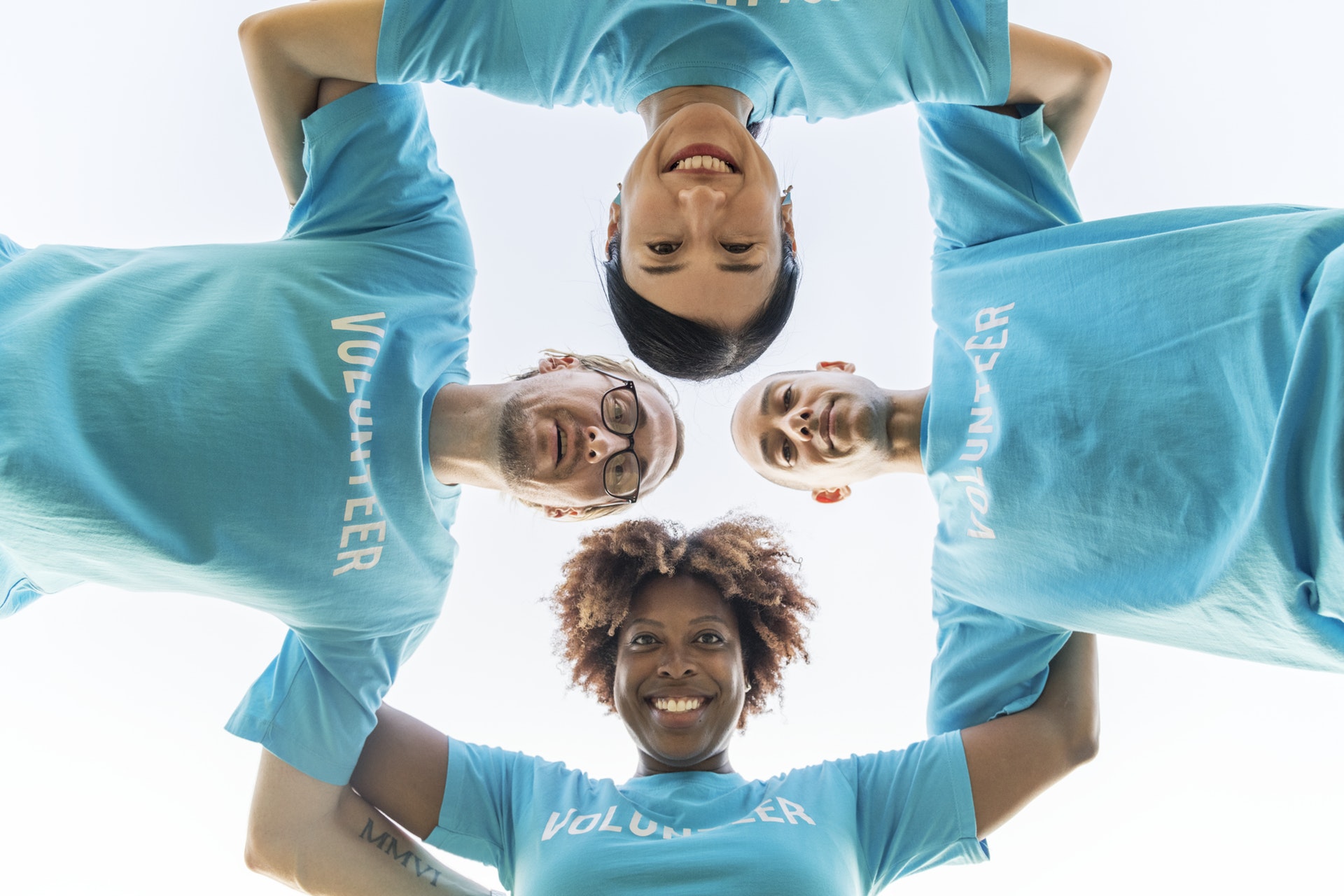 Employee Acupuncture. See why it is gaining popularity.

As the opioid crisis continues across America, employers are searching for ways to help employees battle their ailments with therapies that have the dual benefit of being non-addictive and cost effective. To do that, many are removing access barriers to drug-free care like acupuncture that can help with a variety of conditions including back pain, carpal tunnel, hypertension, migraine and stroke recovery.

Acupuncture is now widely accepted by the traditional medical community as it doesn’t require risky procedures and addictive medications with long recovery times to get back on their feet.

This article explains why acupuncture benefits your employees and why offering it as an on-site wellness benefit is a growing trend.

Acupuncture improves the body’s functions and promotes the natural self-healing process by stimulating specific anatomic sites–commonly referred to as acupuncture points, or acupoints. The most common method used to stimulate acupoints is the insertion of fine, sterile needles into the skin. Pressure, heat, or electrical stimulation may further enhance the effects. Other acupoint stimulation techniques include: manual massage, moxibustion or heat therapy, cupping, and the application of topical herbal medicines.

Modern research has demonstrated acupuncture’s effects on the nervous system, endocrine and immune systems, cardiovascular system, and digestive system. By stimulating the body’s various systems, acupuncture can help to resolve pain, and improve sleep, digestive function, and sense of well-being.[1]

How Acupuncture Benefits Your Employees

Over the last decade, evidence based research has proven acupuncture to be effective and beneficial in treating acute and chronic conditions. Most insurance plans offer this option to their group health plans and it is something to look into!

Drug-free options for lower back pain is gaining momentum in the marketplace. According to the National Center for Complementary and Integrative Health, “results from a number of studies suggest that acupuncture may help ease chronic low back pain, neck pain and osteoarthritis/knee pain. It also may help reduce the frequency of tension headaches and prevent migraine headaches.”[2]

Low back pain is a significant issue for corporate America. About 80% of adults will experience the ailment at some point in their lifetimes, making it the most common cause of job-related disability and a major contributor to days off work.

The United States has a reputation for being a nation of workaholics. According to Business Insider, white collar employees in the United States spend more hours per week at work than employees in similar professions in almost any other country in the world.  Employees are stressed out and wishing for, if not actively seeking, a better work-life balance.

Our bodies are naturally hardwired to handle stress, but over time too much stress takes its toll! When we feel threatened the sympathetic nervous system is activated, causing the heart rate to increase, the pupils to dilate, and blood to be directed towards the extremities, which in turn causes digestion to temporarily shut down. Cortisol is also released, causing increases in blood pressure and inflammation while suppressing the immune system. If our bodies continue to release high amounts of cortisol, chronic symptoms such as anxiety, depression, fatigue, digestive issues, and tension headaches can develop.

In Chinese medical theory, strong emotions like stress interrupt the body’s energy from flowing smoothly. When these strong emotions are present for long periods of time they create a blockage in the body’s “road system” creating an energetic “traffic jam.”  Acupuncture increases the circulation of blood and oxygenates the tissues throughout the body while cycling out cortisol and releasing natural pain-killers called endorphins.

Repetitive strain injuries (RSIs) are extremely common workplace injuries. As the name suggests they are injuries of overuse, resulting from repeating the same movements again and again, over prolonged periods of time. Do your employees participate in the following:

Acupuncture works to restore function to deep stabilizing and impinging muscles, so that chronic stress is decreased on joint tissues. The healthier joint and muscle tissue are, the more resilient and resistant to injury they become.

It is proven that acupuncture helps enhance the immune system and ward off illness. Its immune-stimulating functions treat all types of cold and flu effectively, achieving a quick recovery without side effects. Several clinical studies have demonstrated that Chinese medicine reduces the incidence of upper respiratory tract infections in addition to shortening the course of illness. And the COVID on everyone’s mind’s these days, keeping your immune system strong it important.

According to the CDC, the flu causes workers in the United States to lose up to 111 million workdays, at an estimated cost of $7 billion a year in sick days and lost productivity.

[RELATED ARTICLE] Use Acupuncture To Boost Your Immune System

Life can get in the way of getting the necessary 8 hours of sleep and other factors may be impacting memory and focus at work.

Studies show that patients receiving acupuncture experience a significant improvement in sleep quality, and a reduction in insomnia, fatigue and depression. Why? The nervous system is calmed by acupuncture, which clears obstructions in the muscle and nerve channels, creating a flow of oxygen-enriched blood to relax the nervous system and prepare for sleep.

According to Traditional Chinese Medicine, the spirit or Shen of the Heart plays a prominent role in memory, focus, and concentration. “Shen influences long-term memory and the ability to think clearly, contributes to wisdom and presides over activities that involve mental and creative functions” [4]. Traditional Chinese herbal medicine formulas can help calm Shen and resolve any disharmony between brain and spirit, as well as increase blood flow to the brain and/or reduce foggy headedness.

Pro tip: Boost memory and focus with foods that are high in essential nutrients such as flavonoids, Omega 3 fatty acids, folate, and iron. [4]

Corporate on-site corporate acupuncture is a growing trend in the employee wellness industry. The reason it is so popular is for its convenience, culture building, and perk to come into the office.

A happy employee is a healthy employee and vice versa. Creating a culture that facilitates employees’ health is paramount to attracting and retaining good employees. It leads to less sick days and higher productivity, which impact your bottom line.

Younger workers especially are seeking out health care options that their parents may have considered too far off medicine’s beaten path. Millennials, who now make up about half of the U.S. workforce. They are embracing health care options that their parents didn’t desire, including mental health visits, chiropractic care, massage therapy and acupuncture, according to the Transamerica Center for Health Studies.

I hope you see the overall benefits of offering acupuncture treatment to your employees as a wellness benefit. It will ultimately lead to fewer sick days, less pain and happier employees!

Remember a happy employee is a healthy employee and vice versa.

We recommend scheduling monthly or quarterly sessions in your place of business.

Get started today! Shoot us an email to chat.
References

Use acupuncture to boost your immune system 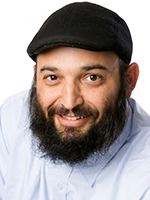 Hanania is a licensed acupuncturist, who specializes in many other areas of expertise. His specialties include Neurofeedback, Acupuncture, Postural Analysis & Ergonomics, Functional Medicine, Herbs & Supplements, Ozone Therapy, DNA/Genetic Testing, and Hypnotherapy.